Book Discussion Series – “The Dream of A White Village” by Phillip Baruth, May 28th @ 4:30 via Zoom

With the current unrest, racial injustices and protests in our country, many of you have asked for books and discussions to better understand racism, it’s history, and how it has become systemic in America.

We have heard your requests and therefore will begin our newest book discussion series – “Systemic : Racism in America” – sponsored by The Vermont Humanities Council.  Suzanne Brown will be facilitating once again.  Please review our the Discussion List and Schedule below.  You can get a copy of the book during curbside and limited service hours on Mondays and Wednesdays from 2-6 pm.  Email khotellingbml@gmail.com to get the link. 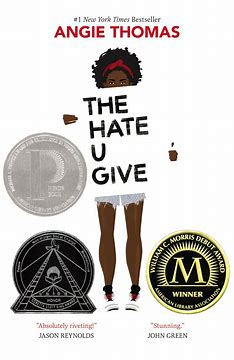 “Inspired by the Black Lives Matter movement, this is a powerful and gripping YA novel about the struggle for justice.  This was such a heartbreakingly honest account of what is happening in America right now.  As a white reader, the experience this story affords its readers cannot be taken for granted.” -Reader review, Goodreads

On October 23rd we will hold a screening of the filmThe Hate U Give at 6:00 on the library lawn with heaters and hot chocolate. 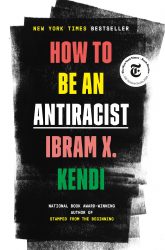 “If Ibram X Kendi has been a lifelong racist – as he confesses in this book – then we all have. This is the unsettling idea at the heart of How to Be an Antiracist, in which one of the US’s most respected scholars of race and history steps away from documenting the racist sins of others, and turns the lens pointedly, uncomfortably, at himself.

Kendi’s argument is brilliantly simple. An idea, action or policy is either racist – that is, contributing to a history that regards and treats different races as inherently unequal – or it is antiracist, because it is trying to dismantle that history. There is nothing in between. There is no pure state of racism or anti-racism: people of all races and backgrounds can fall into either category depending on their ideas, actions or the policies they support.” 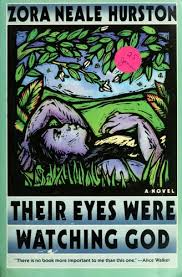 “Fair and long-legged, independent and articulate, Janie Crawford sets out to be her own person — no mean feat for a black woman in the ’30s. Janie’s quest for identity takes her through three marriages and into a journey back to her roots.” – Good Reads

“The Fire Next Time is a 1963 non-fiction book by James Baldwin, containing two essays: “My Dungeon Shook: Letter to my Nephew on the One Hundredth Anniversary of the Emancipation” and “Down at the Cross: Letter from a Region of My Mind”. -Wikipedia

“At once a powerful evocation of James Baldwin’s early life in Harlem and a disturbing examination of the consequences of racial injustice, the book is an intensely personal and provocative document from the iconic author of If Beale Street Could Talk and Go Tell It on the Mountain. It consists of two “letters,” written on the occasion of the centennial of the Emancipation Proclamation, that exhort Americans, both black and white, to attack the terrible legacy of racism. Described by The New York Times Book Review as “sermon, ultimatum, confession, deposition, testament, and chronicle…all presented in searing, brilliant prose,” The Fire Next Time stands as a classic of literature.” – Amazon Books

“Basically the finest essay I’ve ever read. . . . Baldwin refused to hold anyone’s hand. He was both direct and beautiful all at once. He did not seem to write to convince you. He wrote beyond you.” –Ta-Nehisi Coates on “The Fire Next Time” 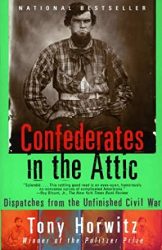 February 12th @ 4:30 – Confederates in the Attic by Tony Horwitz

Confederates in the Attic is a non-fiction book written by Pulitzer Prize winning journalist Tony Horwitz. The book is about his travels through the deep south and interviews with people who live there, as well as visiting Civil War battlefields, museums, and monuments to understand why they are so fascinated with this period of American history…..

In this book, the author speaks with white Southerners about their views on race. He contrasts those ideas with African Americans’ opinions of race in the South. The topics that he covers include confederate memorials, flying flags and racial integration during the 1960’s Civil Rights Movement. The author doesn’t shy away from controversy or bluntness when it comes to his subjects’ honesty and frankness about their beliefs.” – Allen Chen

“Winner of the Pulitzer Prize, Toni Morrison’s Beloved is a spellbinding and dazzlingly innovative portrait of a woman haunted by the past…Combining the visionary power of legend with the unassailable truth of history, Morrison’s unforgettable novel is one of the great and enduring works of American literature.” -Goodreads

If you are interested in discussing the film interpretation of Beloved, please watch it on your own and join us for this discussion. 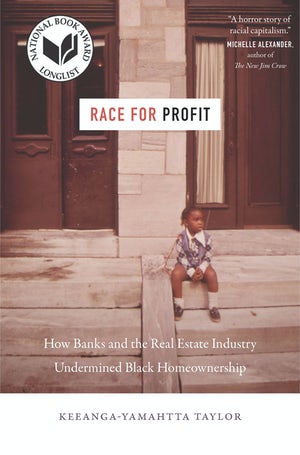 In honor of Fair Housing Month and in conjunction with the The Vermont Department of Libraries and The Fair Housing Project (FHP) of the Champlain Valley Office of Economic Opportunity (CVOEO).

“Keeanga-Yamahtta Taylor’s 2019 book, Race for Profit: How Banks and the Real Estate Industry Undermined Black Homeownership. Race for Profit uncovers how exploitative real estate practices continued well after housing discrimination was banned. The same racist structures and individuals remained intact after redlining’s end, and close relationships between regulators and the industry created incentives to ignore improprieties……Race for Profit emerges as a necessary addition to the housing canon, expanding existing understandings of discrimination and advocating for a radical re-envisioning of our approach to housing.”  – Nationalbook.org 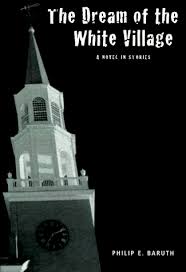 “Set in Burlington, Vt., Baruth’s gritty collection is a dogged, if rather obvious, unmasking of white middle-class hypocrisy and of the racism planted deep in America’s soul. To its complacent denizens, the eponymous “white village” of Burlington is Caucasian, rich and liberal, an exemplar of small-town virtue and community spirit. But underneath this postcard setting Baruth finds an icy inferno of ethnic, racial, class and generational tensions, a place plagued by hooliganism against Asian Americans and gays, a no-man’s-land where the country’s drifters clash with resentful locals. ” – Publishers Weekly

“I don’t usually like short stories, but this really is more of a novel…the stories flow together seamlessly to tell the larger story. This is a story of the dark underside of life in a small place. Although it is fiction, Baruth gets at an uncomfortable truth underlying Burlington specifically–that no matter how open and tolerant we think we are, our prejudices and fears will squeeze out. But rather than leave us with a sense of shame for our actions, Baruth shows that good that can also come out of this small place. A beautiful and disturbing story.”

We will be suggesting relevant and related movies during this time, as well. Please stay tuned for more information, titles, and how/when/where to view these films.