Book Discussion – Sept 9th – Come Get Your Copy of “March: Book One” 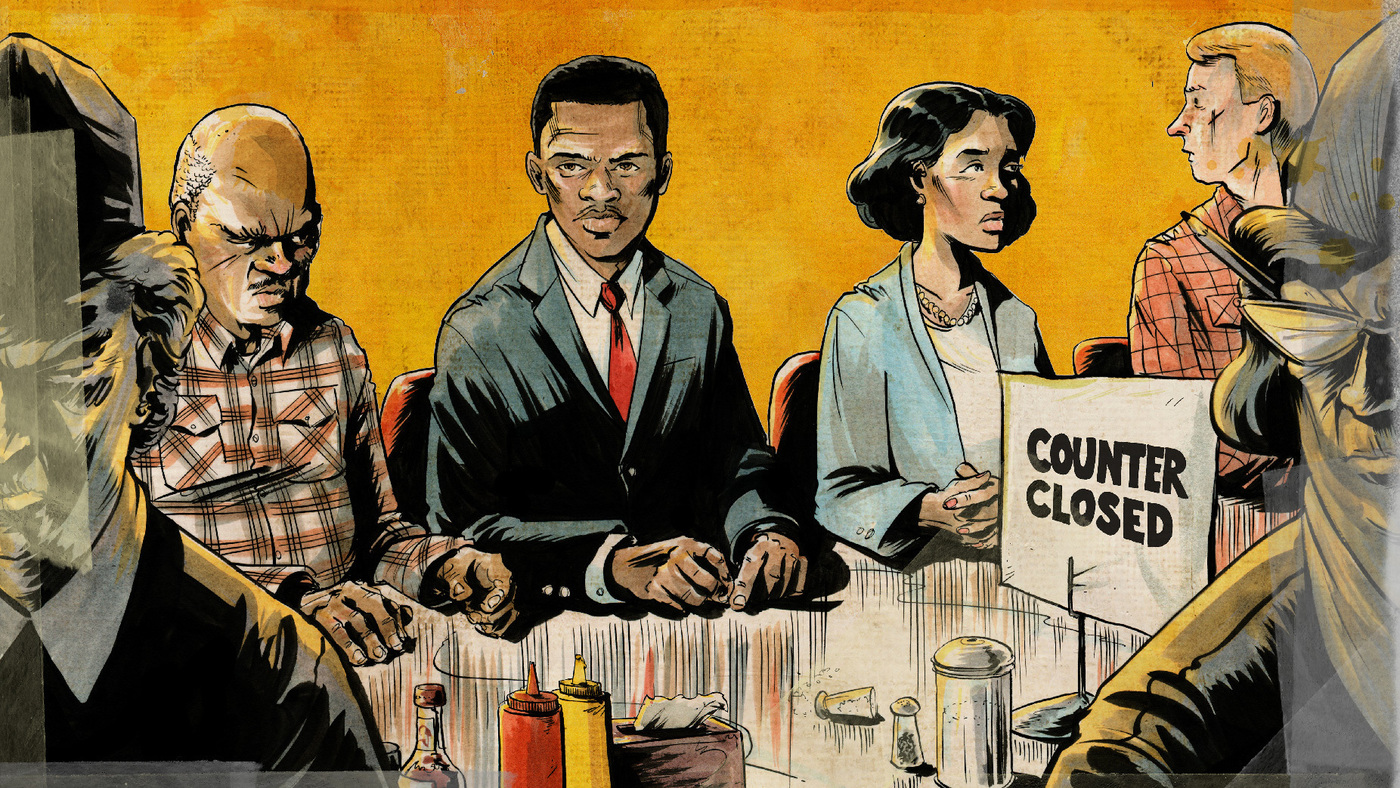 This year’s Vermont Reads pick is “March, Book One” – a graphic novel memoir about the life of Congressman and Civil Rights leader John Lewis. Take home a copy to read and then join us on Monday, September 9th at 6:30 pm for a Community Discussion on the book and related topics including discrimination, equality, social justice and non-violent protest. We will also see videos of Lewis during protests and non-violent trainings plus a present day interview. Lucy Maddox (professor emeritus of American studies and author of 2 books on slavery) will lead the book discussion.

“March” is a vivid and personal account of the civil rights movement and of the bravery it took to stand up and fight for justice. The book will provoke, stir your emotions and open your eyes.

“ John Lewis’s commitment to justice and nonviolence has taken him from an Alabama sharecropper’s farm to the halls of Congress, from a segregated schoolroom to the 1963 March on Washington, and from receiving beatings from state troopers to receiving the Medal of Freedom from the first African-American president.” – Good Reads

This event will be the first in our Fall Event Series on civil rights issues. The following are the other events planned for the Fall:

September 20th @ 4:30 pm – “Daisy Turner’s Kin.”  Vermont folklorist Jane Beck shares the story and slides of the Turner family, a multigenerational saga spanning two centuries, played out across three continents. The saga was related to Jane Beck by Daisy Turner, who had listened to her father, Alec Turner, recount stories of the family past.

Two young women in our community will share their award-winning presentation on Alexander Twilight. He was the first African American to graduate from college and to serve in the state legislature and he was born and raised in Corinth!

October 11 @ 6:30 pm – Movie Night – Black Panther. Come join us for this superhero movie for ages 12 and up.  We will have a popcorn/discussion break halfway through the movie with thought-provoking questions about race, gender, equality and cultural identity.